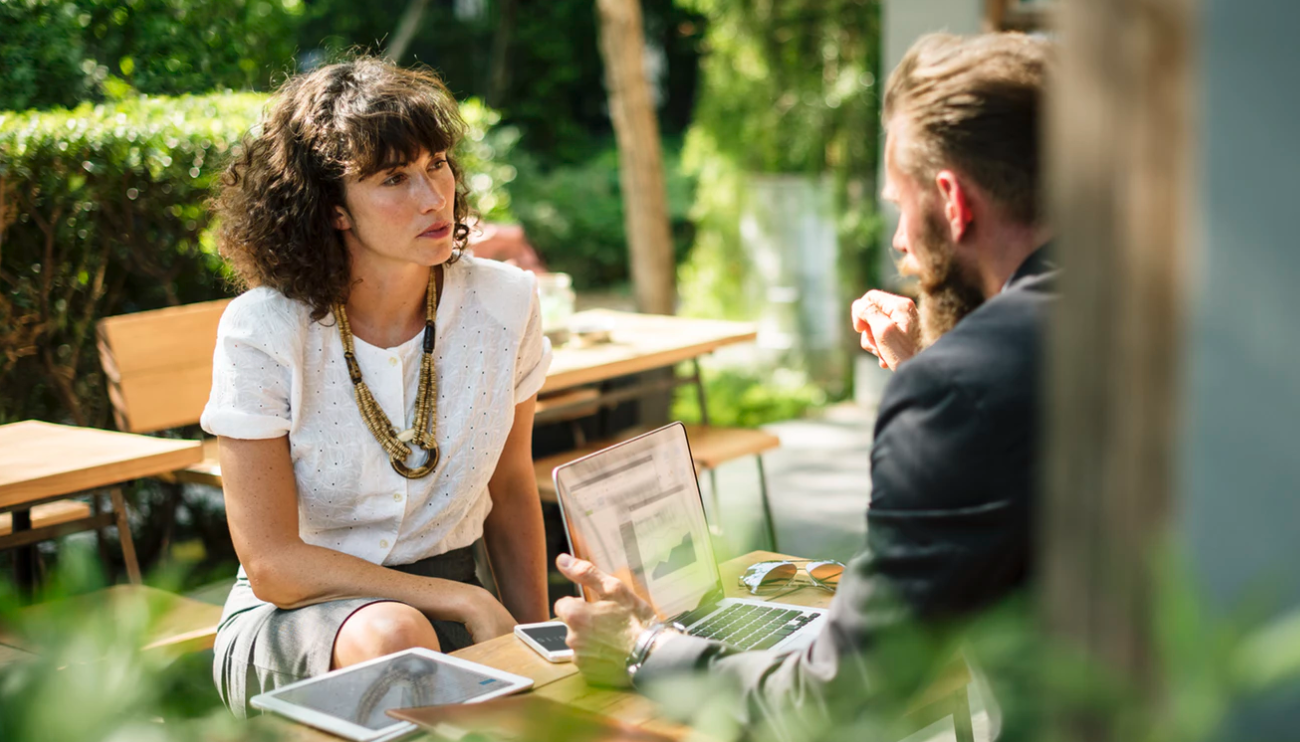 The innovation process requires a lot of communication. It begins by discussing the problem, then talking through potential solutions, followed by clearly articulating how to implement the selected solution, and finally it involves telling (and selling) the innovation’s story. These different stages of communication involve not just the core design team but also every department of the organization (oh yeah, and the people we’re designing for as well). Because of this, designers and innovators need to be elite communicators. We have to think of ourselves as the Chief Communication Officers (CCO) of our organizations.

In part 1 of this two-part series, we discussed how the best communicators invoke the mindset of a great friend. They’re constantly focused on having empathy for others. With empathy as the goal, the previous article discusses the 5 ways to improve your empathic side.

But being empathic isn’t the only skill to be a great friend. You also should be candid about difficult topics. This candor is something that comes natural to our closest friends but is difficult for everyone outside of our inner circle. If you’re sitting there wondering how to figure out the level of candor you’re able to have with someone, we’ve come up with a great little test. It’s called the Poppy Seed Test. It works like this: Picture the person you’re talking to and imagine that they just ate a delicious everything bagel, but now they’ve got a poppy seed stuck in their front teeth. Would you tell them? If you aren’t that close with them, it’d probably be too awkward to bring up. But if they were a good friend, you’d tell them.

The reason we’re so nervous to tell a stranger that they have poppy seeds in their teeth is because they might feel embarrassed and hurt by our comment. This potentially hurtful comment can make us feel like we don’t have empathy for the other person; and thus we’re nervous to be frank with them. This opposition begs the question: Is it more important for designers and innovators to be as candid as possible, or is it better to err on the side of empathy?

After some candid (and empathetic) debates between Ben and me, we were able to come up with three reasons why if you want to be the Chief Communication Officer the benefits of candor outweigh the risks of appearing like a jerk.

Many times people are afraid to reveal all parts of themselves to colleagues, often to the point that they actively work to keep certain things hidden. This can start off as simple as an off-handed comment with a teammate such as ‘Yeah I watched the game last night’ when in reality you were at a poetry reading. This seemingly very small white lie (in order to be empathetic) can balloon over time. Now instead of discussing the poetry you love, you’re constantly talking about sports - all the while worrying about saying something to reveal the fact that you don’t watch (or even like) sports.

This all-too-often occurrence brings us to the first benefit of candor. As Chief Communication Officer it’s your job to foster a sense of trust within your team so that everyone can be candid with one another. At Google, they refer to this concept as ‘psychological safety.’ It essentially means that you feel safe enough to let your guard down and be yourself. Only when everyone on your team trusts each other can everyone feel safe enough to share fully who they really are. If people on your team are expending mental effort holding themselves in check, that’s time and brainpower they’re not spending on producing amazing innovations. What a waste.

‘Psychological safety’ does more for creativity than just free up brain power. It also creates space for people to take risks. As we’ve discussed before, people don’t take risks if they’re afraid. A team dynamic that lacks ‘psychological safety’ is a dynamic full of fear. A fearful team member does not take risks. They’re too afraid that their experiment will fail and their teammates will judge them harshly for failing, rather than praising them for trying something bold. And yet, the best and biggest design breakthroughs often happen when we jump into the uncertain and unknown.

As an aspiring CCO, being candid is also critical to managing expectations throughout the innovation process. Undoubtedly throughout the process, questions about timeline and budgets will arise. It can be tempting in these situations to only give positive answers when in reality it’s better to be candid about the situation. This means saying ‘no’ sometimes - something that I personally struggle with a lot. It can be tempting to say ‘yes’ to every assignment that’s thrown your way. After all, you’re trying to be as empathetic as possible so of course, you want to help! But by not being candid and telling your teammates you’re too busy, you can end up slowing down the process.

Finally, we have to remember that managing expectations isn’t just an internal issue. Oftentimes, we have a tendency to embellish or oversell our innovation to the people we’re designing for. When this happens, we run the risk of setting the bar so high that no matter what we deliver, our users will be disappointed.

The third and final reason for candor is also the most important. There are times when an idea just isn’t working. As the Chief Communication Officer, you need to have the courage to be candid with your team about what’s not going well. Without the balance between empathy and candor, you’ll be very tempted to avoid the hard conversation about the problems your teammates are having with their project. And it’s easy to see why. You don’t want to hurt their feelings. You don’t want to embarrass them. But hey, isn’t that what friends are for? We’re joking there, but in all honesty, you trust the people you’re closest to be totally candid with you, even when it’s awkward.

Candid feedback is crucial to the success of the team and ultimately the designs it’s producing. Without that feedback, problems won’t be addressed. People will continue down a bad path. Bad paths lead to bad designs and bad designs lead to bad outcomes — for everyone. Maybe your design will be sort of confusing, and then once it’s released, it will lead to droves of frustrated users. Now you’ve got your users and the rest of your organization annoyed with you. Not good.

Your organization should already have lots of feedback loops in place for you to leverage. The key is just to be willing to give the feedback, even the critical stuff. It’s easy to just avoid any conflict, to keep the negative thoughts to yourself. But really you’re not doing anyone any good. That critical feedback will save your teammates and your organization from wasted time, wasted money, and damaged reputations. To be candid, you’re doing everyone a favor. So make sure your team understands this. Make sure you all trust each other enough to know that you all have each other’s and your users’ best interests at heart.

Being empathetic comes naturally to most of us. Candor, on the other hand, can be scary. The good news is that it gets easier the more we focus on both of them. If we think back to our stranger with the poppy seeds, the reason we were afraid was because we had never been empathetic to that person before, so any candid comment could make us appear like a rude person. However, the more situations in which we show empathy towards our fellow teammates, the less impact any one specific candid comment will have. This means as we build more and more trust in our organization, the easier it is to be candid.

Becoming the Chief Communication Officer is all about understanding, caring, and communicating. Within your team, it’s vital to form deep bonds so everyone feels safe sharing who they are, their wild ideas, and their candid feedback. Within your organization, fostering the mindset of a friend can help you cultivate ideas and perspectives spread across various teams, who are, in the end, all working towards the same purpose.

I’d like to end on an inspirational quote from on my favorite books, Creativity, Inc.:

“Candor isn’t cruel. It does not destroy. On the contrary, any successful feedback system is build on empathy, on the idea that we are all in this together, that we understand your pain because we’ve experienced it ourselves.” - Ed Catmull, President of Pixar