How 4 Industry Leaders Use the Power of Purpose to Innovate 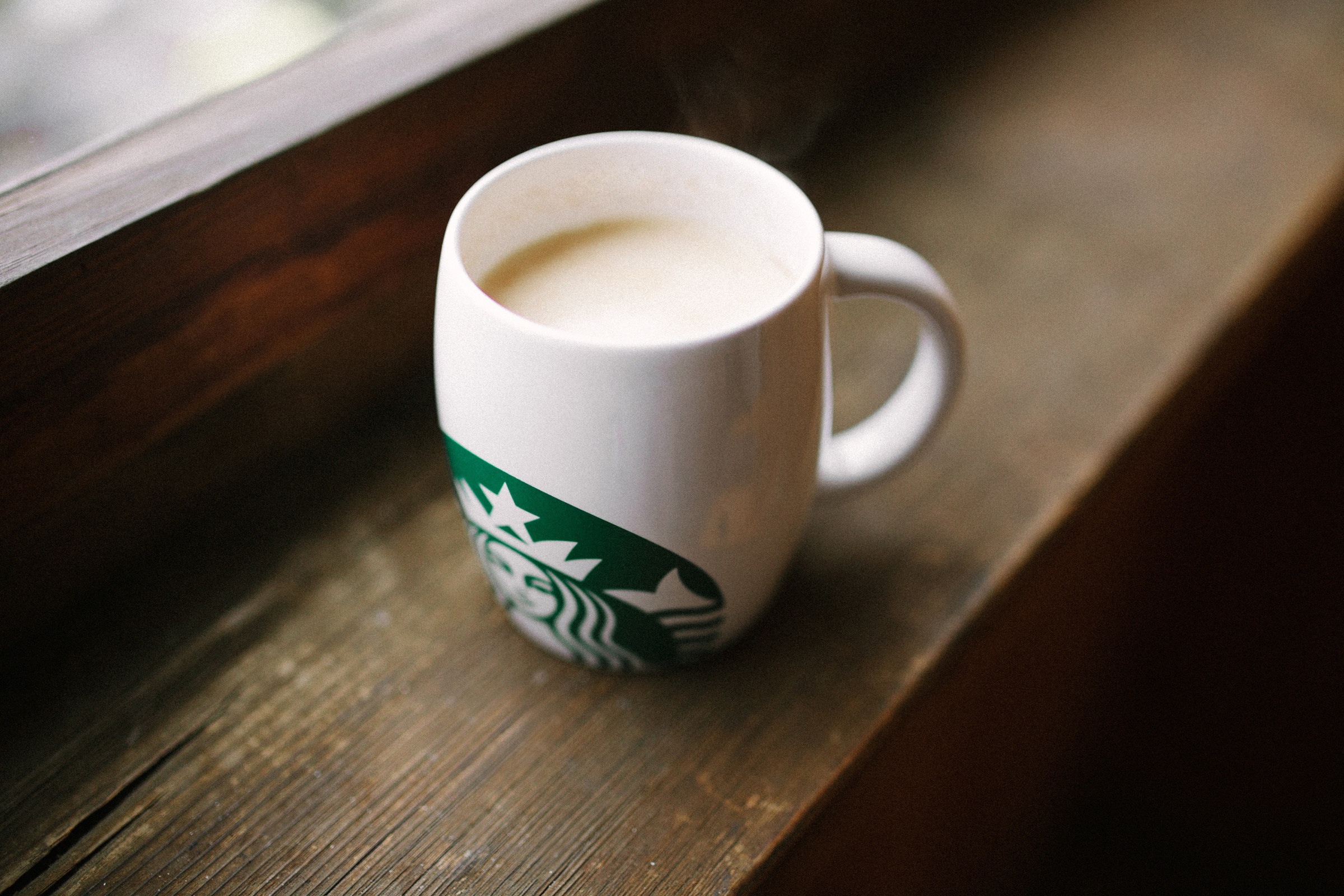 In a previous post we gave you some steps for how to find your organization’s purpose and why having a purpose is scientifically proven to help your team be more innovative. As a follow up we wanted to share some real world examples of these purpose-driven organizations.

Your Organization’s Purpose is Not a Goal

Alright think for a moment about your organization’s purpose. Got it? (And no, those crappy business jargon mission statements don’t count.)  If not, keep thinking for the next few paragraphs…

For us, finding great examples of purpose-focused organizations (that are also for-profit) was tricky. That’s because the vast majority of organizations have mission statements that are goals and not purposes. The key difference between a goal and a purpose is that a goal can be accomplished based on a set of criteria. A purpose, however, is something you continually strive for but can never reach. Goals tend to focus on the end result, whereas a purpose gives direction to your journey. We’re not saying goals are bad, not by any stretch of the imagination. In fact, goals are 100% necessary. But goals are milestones.  Purpose gives direction to our journey.

Classic goal-oriented “mission statements” to produce the best product for our (loving) customers or become the market leader for our (loyal) shareholders aren’t purposes, because these missions, once accomplished, leave no clear direction. When we have a purpose, we always have a constant direction forward. This constant direction is crucial for the long-term success of an organization. The world is changing very rapidly, and the pace of that change is accelerating. Having a purpose will allow you to innovatively adapt to these changes while still progressing in the same direction.

If you’re gotten this far and still don’t know what your organization’s purpose is, there’s a pretty good chance that it doesn’t really have one. You’re probably in a situation where you have a mission statement that no one really connects with, and you’re simply operating for the purposes of making money for someone else. Good news! We’re about to go over 4 organizations that do have great purposes to serve as some inspiration for you.

At a glance, Starbucks might appear to be a simple coffee shop, but their history and purpose tell a larger story. It all began when Howard Schultz, a Starbucks employee at the time, was on a trip to Italy. He was inspired by the wonderful coffee shop environments that he experienced there and noticed that people back in America were missing more than just artisan coffee. Despite having a place for home and a place for work, the Italians had a third place in between - a place for the small conversations with friends, a place for our passion projects (like this blog!). With this in mind, Howard Schultz was able to transform the small coffeeshop into what we know today. He bought the then very tiny Starbucks and charted a new course forward with a true purpose:

“To inspire and nurture human spirit - one person, one cup, and one neighborhood at time.”

Looking at their purpose, we can see that it’s really more about the person than the coffee. Howard Schultz affirmed this, saying, “We are not in the coffee business serving people, but in the people business serving coffee.” This emphasis on people elevates Starbucks from mission to purpose. They don’t want to just be the best coffee shop or have a business on every street corner (which they practically do). They want to nurture and inspire. This is why they hand write your name on every cup and take aesthetic cues from the local neighborhood. They’re all about designing their place to improve the lives of people, everyone and everywhere. While the number of Starbucks locations might seem overwhelming, their pervasive presence is part of their purpose. No matter where you go, when you’re away from home or work, you have a place that’s yours, just around the corner. (One final note for you coffee connoisseurs out there. Yes. Starbucks isn’t the best coffee but that’s not their purpose. Oh and they actually help local coffee shops thrive. So win-win for everyone!)

While the airline industry has been particularly challenging for organizations to turn a profit the last few decades - leading to bankruptcies and tons of mergers - Southwest continues to win. They’re currently riding a 44 year profit streak. What’s going on here? It’s all about their purpose:

“To connect People to what's important in their lives through friendly, reliable, and low-cost air travel.”

Back in 1971, Southwest jumped into the extremely crowded airline industry. With so many well-established incumbents, Southwest had to do something different to survive. This forced them to think about efficiency at every turn, something that they refer to as their “Warrior Spirit.” This attitude is what formed their purpose. They began to realize that thinking about efficiency had more than just internal benefits but also huge benefits for their customers. The more efficient they could be, the more quickly they could help connect their passengers to what they cared about.

This attitude and purpose has created many of the benefits that people have come to admire about Southwest. Those free checked bags that you love are doing more than just making you happy. When more people check their bags, the boarding process is faster as everyone isn’t searching and fighting to find free overhead compartments. Speaking of the boarding process, if you’ve ever flown Southwest, you know that their boarding process is unlike any other airline. Instead of assigning you a seat ahead of time, everyone is assigned a boarding number when they check in. This again creates a win-win. The plane gets boarded 40% faster, reducing costs for Southwest and travel times for its passengers. The crazy thing is that this is not some secret process that only Southwest knows about. It’s scientifically proven to be faster, but only Southwest’s purpose compels it to embrace the most efficient boarding process.  While other airline mission statements nudge their executives to add little fees and upgrades everywhere to turn a profit, Southwest acts on its purpose to connect its passengers to what they care about as quickly as possible.

Finally: Let’s Dive into the Great Apple vs. Google Rivalry

If you were playing a game of Family Feud and Steve Harvey asked “What are the most innovative companies in the world?” you would feel pretty confident hitting that buzzer and yelling out either Apple or Google. Throughout the last four decades, these organizations have provided us with some pretty incredible, world-changing products. Over those decades, though, they’ve become increasingly competitive. Each has created an ecosystem that rewards you for loyally sticking with either Apple or Google. We’re going to steer clear of choosing a side here. We would, however, like to look at these two organizations through our lens of purpose to see what insights we can glean.

Steve Jobs, widely considered one of the most innovative humans to ever walk this planet, was (for most of its history) the face of Apple until he passed away in 2011. His original purpose for Apple was:

“To make a contribution to the world by making tools for the mind that advance humankind."

What an incredibly powerful purpose this was. He realized that humans are, in fact, extremely inefficient animals, particularly when it comes to getting from point A to point B. The cheetah is the most efficient (and really freaking fast). But guess what? When you give us a bike, we become more efficient than a cheetah (though still not as fast) He saw the potential for computers to become the bicycle for our minds. But at the time that Steve Jobs founded Apple, computers weren’t being designed for the average person. They were designed for large companies and teams of scientists. Jobs wanted them for everyone. His purpose for Apple was for every person in the world to leverage the power of computers.

This inspired purpose was a guiding direction for Apple for a very long time. They made the Mac, the iPod, and the iPhone all in service of this purpose. In 2013, after Steve had passed away, a significant change was made to their purpose. Up on their website went this: "Apple designs Macs, the best personal computers in the world, along with OS X, iLife, iWork and professional software. Apple leads the digital music revolution with its iPods and iTunes online store. Apple has reinvented the mobile phone with its revolutionary iPhone and App store, and is defining the future of mobile media and computing devices with iPad.” Uh oh.

Now let’s turn our attention to Google. Larry Page and Sergey Brin founded Google with a powerful purpose. They set out:

“To organize the world’s information and make it universally accessible and useful.”

This purpose will never be achieved, but rather will act as a continual north star for Google. As more and more information is created, it’s only going to get more difficult to organize it all, even with our powerful advances in technology. In fact, the rate of information creation is growing exponentially to that point that each year, we generate almost as much data as the entire prior history of our civilization. This purpose has given Google a constant direction forward to create some incredible innovations for all of us. It’s hard to imagine a world without Google Search, Google Maps, Google Docs, Youtube, or Gmail.

Another successful innovation driven by Google’s purpose is Android, a direct competitor to the operating system on the iPhone. While that Android accolade either made you cringe or smile as you looked down at your Google phone, let’s take off the boxing gloves and look at these two operating systems and how the different purposes behind them produced different designs. The iPhone was designed as a tool for the mind to advance humankind. When it came out, it did just that. It combined a phone with the web, email, games, and music. Google, on the other hand, created Android because they saw how much information was on your phone. This focus on information led Google to create an integrated ecosystem of Search, Gmail, Google Maps, and Google Calendar. Then, when digital assistants became all the rage, the Google Assistant routinely out-performed Apple’s Siri, because it had access to so much more of your information. Additionally Google’s purpose to make the world’s information universally accessible is what led them to allow different manufacturers to use their software for their smartphones. The result is a range of phones from the high-end luxury to more affordable. Apple on the other hand doesn’t have this same purpose and thus would never want to do this.

Apple’s and Google’s foray into the mobile phone market illustrates how two companies in similar areas with similar reputations for innovation can ultimately make different decisions when they have fundamentally different purposes.

The Power of Purpose

It’s hard to overstate the power of purpose. These four real-life stories demonstrate how a purpose can inspire groups of people to change the world for the better. Sure, there was some luck involved, but it’s worth noting that all four of these organizations were underdogs when they first started out. Not only were they able to innovate beyond what the existing coffee shop, airline, and tech companies had ever offered, but they’ve been able to continually innovate, finding new ways to make the world better and staying at the top of their market for decades.