Why ‘Think Outside the Box’ Is Bad Advice 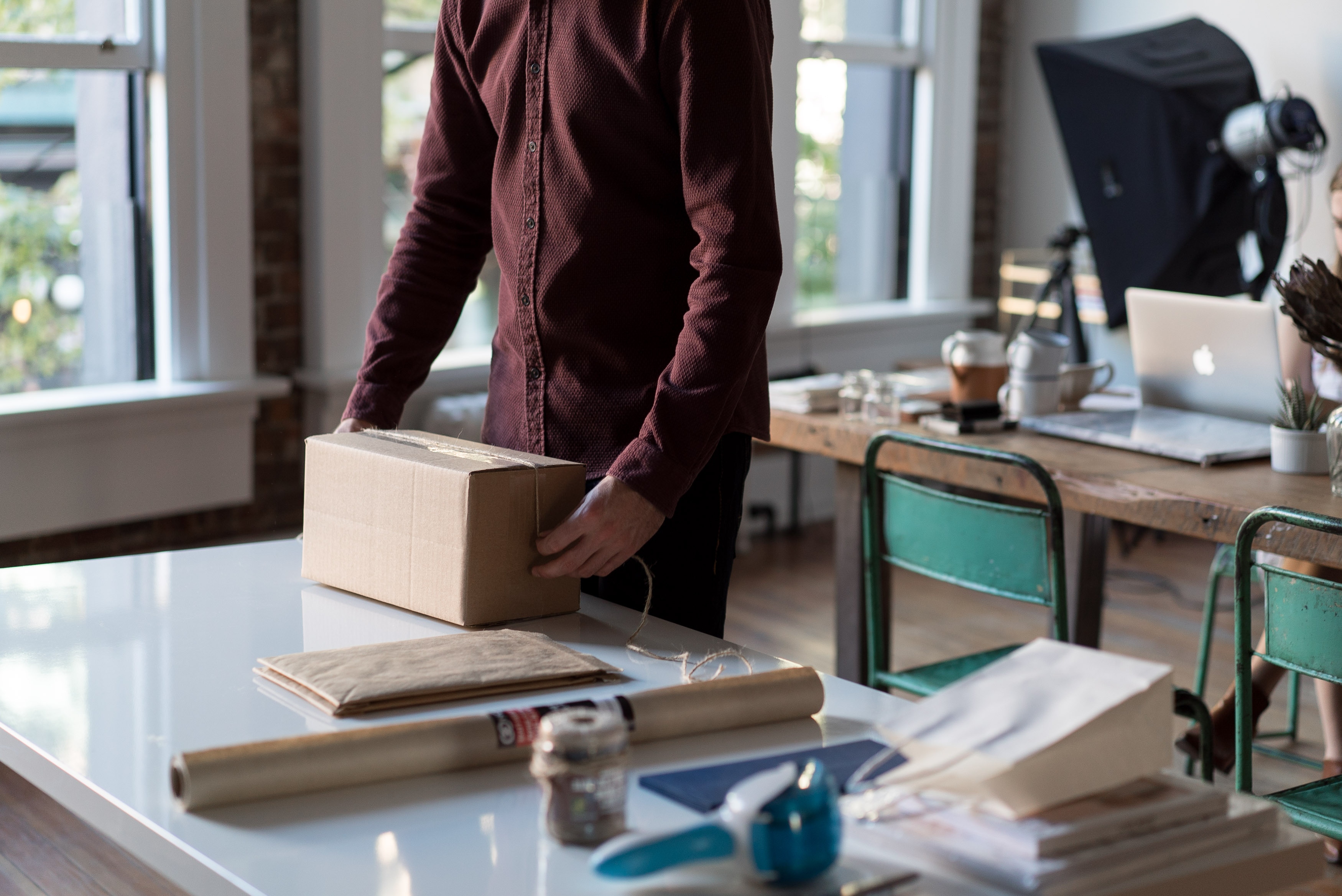 Raise your hand if you’ve ever been in a brainstorming meeting, and you’ve heard someone (usually the boss) say that everyone needs to ‘think outside the box!’ This advice is normally met with nods, yeses, and other signs of approval. And that’s because it seems to make so much sense. If you’re trying to come up with something truly innovative, then of course you shouldn’t be thinking about the problem the same way as everyone else. If you do, you’ll just end up with the same product or service as the competition. And no one wants to be a copycat when they’re trying to be innovative.

Recently this exact brainstorming scenario happened to me - even the part where I found myself nodding in approval. But the more I thought about it, the more confused I got. What exactly does this phrase ‘think outside the box’ mean? And is it actually good advice? In order to figure out this out, let’s first talk about what this phrase even means.

The phrase “think outside the box” is confusing because it’s ambiguous. What exactly is ‘the box’? Sometimes this phrase is thrown out there to imply that our final product, service, or solution needs to be different than what already exists. This isn’t bad advice necessarily, but it’s just not actionable. The phrase isn’t clear in telling us what to do. More often than not, this advice is given when a team gets stuck thinking about the practical sides of a problem. The person telling the team to “think outside the box” is trying to get the team to stop thinking about the practical constraints or boundaries of the problem. People often think that these constraints constrain their creativity. They’ll say things like ‘well if we just didn’t have to think about all these real-world factors, then our design would be awesome! It would really allow us to think outside the box.’ With this new lens for looking at the phrase, my initial question about whether or not this is good or bad advice can be stated more clearly as:

When we’re trying to come up with an innovative solution, is it better to think about the boundaries of the problem or should we just ignore them and “think freely”?

While it might seem like letting our minds wander freely is the best way for us to be creative, we’re here to tell you that this isn’t true. There are three reasons why it’s better to think about the boundaries of your problem as opposed to simply ignoring them in order to ‘think outside the box.’

Off to the Races

The first reason boundaries supercharge creativity is because they mitigate the ‘paradox of choice’. This phrase was coined by Barry Schwartz in his book appropriately entitled The Paradox of Choice: Why Less Is More. In it, he argues that today’s world is full of too many options to the point that we are all overwhelmed trying to find the perfect choice and thus less happy as a society. The key takeaway for us here is that it’s really hard to choose between a lot of options. So when we’re innovating without boundaries, the possibilities — and the choices — are endless. We literally have too many choices to fathom. This can be overwhelming and lead to a creativity block. We can find ourselves stressing about our inability to think through everything. When this happens we shut down. With established boundaries, though, the potential starting points for our ideas are much clearer.

The second reason boundaries supercharge creativity speaks to the other half of Barry Schwartz’s ‘paradox of choice’ argument. Not only are people paralyzed by too many choices, but they actually make awful decisions when they’re overloaded with options. No matter how skilled you might think you are at sifting through countless options, study after study has shown that the decision-making capacity of your brain works kind of like a bank. The more power you withdraw for one decision, the less you have to put toward the next. Neuroscientists refer to this as “psychological depletion.” And researchers have found that when people try to make decisions when they are already psychologically depleted, they’ll actually end up making really awful ones. They’ll choose worse places to live, do worse on basic math problems, and more!

The final way boundaries supercharge your creative process is by helping to focus your time on areas where you can have the biggest impact. All of us have spent enough time solving problems to know that they don’t come with a perfect turn-by-turn roadmap for how to solve them. This doesn’t mean that there isn’t an overall process that we can follow, it just means that every problem is different and comes with a whole slew of different paths that you could take to solve that problem. With so many possible paths, we have to make sure that we’re spending our time wisely. One way to do that is by focusing on the boundaries. Because without boundaries, you could pursue an idea for months that never had a shot at being implemented. Not only would that be a huge waste, but it would leave you with very little if any, time to work on an idea that is within the bounds of what’s possible.

Thinking Inside the Boundaries In Order to Get to Outer Space

To illustrate how embracing boundaries, as opposed to completely ignoring them - as the phrase ‘think outside the box’ encourages us to do - look no further than the success of a little company you might have heard about called SpaceX. With an initial investment from Elon Musk, their founder and mastermind, of only $100 million, they realized right away they didn’t have the resources to do whatever they want. (And yes, it’s hard to imagine $100 million being a small budget but when you compare that to NASA’s annual budget of over $20 billion, it’s pretty tight.) This minuscule budget meant two things: 1) They weren’t going to be able to build the rocket in the traditional way where you shop around for all of the parts you need. And 2) They couldn’t afford to use a new rocket every launch. Instead of ignoring these constraints, they embraced them.

They decided right away they would need to build everything in-house. This meant that (almost) every part - no matter the size or importance - was designed by SpaceX. This made it easy for the engineers to get off to the races right away. They didn’t have to first evaluate all of the current parts on the market. They just started designing and building their own. After just six years (!!) of embracing this mindset, SpaceX was able to build their own rocket, the Falcon 1, and successfully launch it into orbit.

Minimizing the number of options not only allowed them to start building more quickly, but it also meant they made better decisions. In the rocket business, there are many different types of missions that require different types of rockets. SpaceX has been very good at choosing the correct missions to design their rockets around (mainly because they don’t have the luxury to do all of them). They first decided to build just a single engine rocket for very small loads at low cost. Then after making that rocket as efficient as possible, they expanded to more types of rockets with more engines (soon they’ll be launching their 27 engine rockets!).

Finally, SpaceX’s boundaries have allowed them to optimize their time better than any other space program. NASA and the Soviet Space Program have been around for more than 70 years. Yet after only 13 years, SpaceX successfully launched a reusable rocket into orbit and then land it back on earth completely intact (sweet video here). A historic moment for space travel that allowed them to leapfrog their competition. They were able to do this because they only focused on the constraint of building reusable rockets, as opposed to experimenting with many different types like NASA and the Soviets. So while you might think that SpaceX ‘thinks outside the box’ they actually think inside their boundaries.

Be Careful of the Advice to ‘Think Outside the Box’

Taken together, these three superpowers of boundaries help take your creativity to the next level. By reducing choice, you’ve given yourself a clear realm within which to start your brainstorming, rather than an intimidating vast blank canvas. Boundaries also give you the opportunity to evaluate all of the viable directions rather than leave you guessing about which might be the best path to pursue. Finally, boundaries focus your creative energies right where you want them: on ideas that can make a difference.

So the next time you hear someone tell you to ‘think outside the box’ instead of nodding your head, take the opportunity to make sure everyone’s on the same page about the boundaries of the problem. Despite common wisdom to the contrary, focusing on these boundaries will actually help us be more innovative.

*We wrote a follow-up to this article entitled "Stop Staring at a Blank Canvas. Instead, Innovate like You're SpaceX"