Please Don’t Make These 3 Mistakes When Naming your Startup. 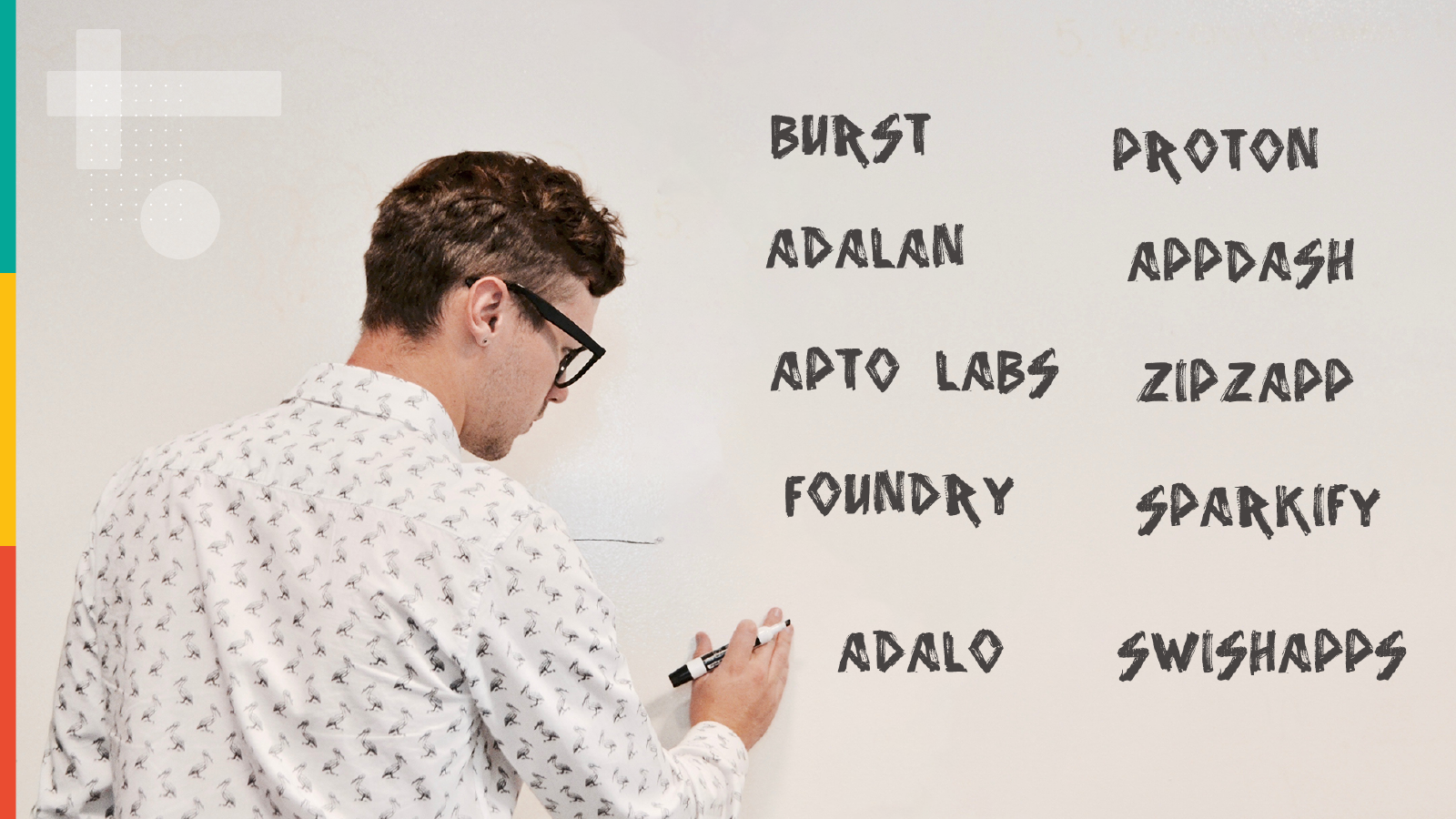 Starting a company is really just a continuous test of your decision making skills. Some decisions are big and some are small, but making the right choices along the way is key to your survival and ultimate success. So if you’re just starting out (first of all congrats! it’s amazing) or if you’re in the Messy Middle (like us), you know that one of the largest decisions you have to make, is picking your company’s name.

The biggest challenge here is that most people, aside from maybe a few serial entrepreneurs, don’t have a lot of experience with this. We’re all just flying by the seat of our pants here. So what do we do? Most likely you have a brainstorming session one night (maybe with a few added drinks for liquid inspiration), come up with a bunch of names, and then pick one.

I’m here to tell you that we failed at this three separate times— and oh boy has it been costly. We lost a year’s worth of potential brand recognition and countless hours switching things over— so please don’t make the same mistakes we did.

A little over a year ago we set out to create a way for anyone to design & build an app without coding at all. Much like what Squarespace, Shopify, and Webflow have done for websites, we aspire to do for mobile & web apps. And just like the beginning of every startup’s journey, we faced our first big decision: choosing our name. So we had the classic brainstorming session one night and came up with… drumroll… Apto Labs.

Apto means ‘to react’ in latin. Our concept was that the interfaces of your app should react naturally to the users. And then there was the added benefit that React was the coding framework we were using to create the platform. Spoiler alert… this name was not good.

Mistake #1: Our first name didn’t have a great story.

Whenever someone hears the name of your company, they’re naturally going to want to figure out what it means and what the story behind it is. This can go down in two ways. It might be so obvious that the person just immediately understands it. For example, when you see people wearing Instacart t-shirts at the grocery store, you get that the name refers to the fact that all of those groceries are now instantly in that person’s cart.

But the second way a person understands the story is with a missing piece of information. Take Google. Most people don’t actually know what Google means (if you don’t you can always Google it… 🤣sorry had to). Google actually stands for the number Googol — which is 1 followed by one hundred 0s. This insanely large number speaks to the number of search results that Google is able to organize for you.

Going with the second option puts you in a high risk, high reward scenario. If the story is great, then people will love your company even more. But if it falls flat - like Apto Labs - it’s time for change. So after getting some lukewarm responses (probably because the whole ‘it’s latin for _______’ is a little worn out now), we had another late night brainstorming session and came up with… drum roll… Proton!

We came up with the name Proton because protons are the building blocks of life and on our platform you can use building blocks — aka reusable components — to create your app. While this story resonated much better with our audience it had one unintended consequence: it conveyed the exact opposite feeling that we were going for.

Our mission has always been to allow anyone to create an app as easily as making a slide deck. We want building software to feel more approachable and less technical. The problem is that protons are actually very scientific and thus made our product feel even more technical. We had forgotten an extremely important concept: your company’s name sets the tone for your entire brand. So we had yet another late night brainstorming session and came up with… drumroll… Foundry!

The name Foundry was inspired by the process of producing metal castings from molds at a foundry. As with Proton, we wanted our story to be about the creation process; but this time we made sure to focus on a tactile building process — giving our brand a less technical, more relatable feeling. And again this name seemed to go over well with everyone. It even had the added bonus that we wanted founders to feel like they could found new ideas and products on our platform! Perfect right? (Unfortunately… not so much.)

While Foundry might have checked the story and emotion boxes, there was one more major hurdle that our name failed to clear: it wasn’t unique. And I can’t stress this enough: you’ve really got to do your homework to make sure your company’s name is one-of-a-kind.

When we initially decided to go with Foundry, we did a quick Google search and it appeared that there wasn’t another major company named Foundry. Yes, we saw a few other companies with Foundry in the name and yes, we weren’t able to get a good domain; but we figured these were things we could overcome. Let me stress this again, if you find yourself in this situation, I’d be very cautious.

Over the last six months we saw more and more problems unfold from this. We’ve had leads not be able to find our website, we’ve had our logo linked to wrong sites, we’ve had people email the wrong domain, and we’ve had people constantly call us Foundry Platform instead of Foundry (because the best domain we could get was FoundryPlatform.io).

To Change or Not to Change?

Sensing that we were about to fail at naming our company again - for the third time - and with our big launch only a couple months out, we were obviously a little resistant to change. But with our product still in beta and all of us being big fans of the lean methodology, we decided if there were ever a time to change our name again, it was now. So we set out (one last time :fingers crossed:) to brainstorm a new name.

This time, however, we did two things differently. First we were determined to make sure that our new name didn’t fall into any of the three traps we just discussed. (This included doing a lot more homework when it came to making sure the name was unique.) And second, our process was different.

In the past we had all gotten together around a whiteboard and just thrown out potential words or phrases that fit into the theme of our story. But this time we decided instead to look to some of our favorite companies to see if there were any tips or tricks we could learn from how they had named their companies.

One company stuck out in particular: Warby Parker. Their name comes from two fictional characters - Warby Pepper and Zagg Parker - in a book by Jack Kerouac, who was inspirational to the founders and the story they wanted Warby Parker to tell. And what we realized was that we could create a new word by taking the names of people we were inspired by.

So with this new naming concept in mind, we began researching famous designers, innovators, and pioneer builders who paved the way for future generations. And in the end we found the perfect one. Ada Lovelace. And our name, Adalo, was born.

Finally a Name We’re Proud Of

It has a great story. Most people don’t know Ada Lovelace, however, she’s widely considered to be the first computer programmer. Back in the 1800s, while everyone else thought computers were just machines to help scientists and mathematicians with large computations, Ada had a bigger vision. She believed that computers should be able to create programs to help people in everyday situations. And thus she created the first computer program.

It sets the tone for our brand. We believe that everyone has the power to create new things. And we believe that software has the power to improve lives. By naming our company after Ada we hope to share in her vision and instill her confidence in the people that build apps on our platform. We want people to hear her story and feel like they can create software to help others in everyday situations.

It’s unique. By using a backstory to make up a new word for our company name, it was much easier to assure that it was unique and that we could get a great domain.

In the end, I’m really proud of us for pushing through and embracing a growth mindset. It wasn’t easy to change names (over and over), but I’m really excited for our future and for the opportunity for us to turn Adalo into a household name.