5 Psychological Secrets Every Innovator Should Know 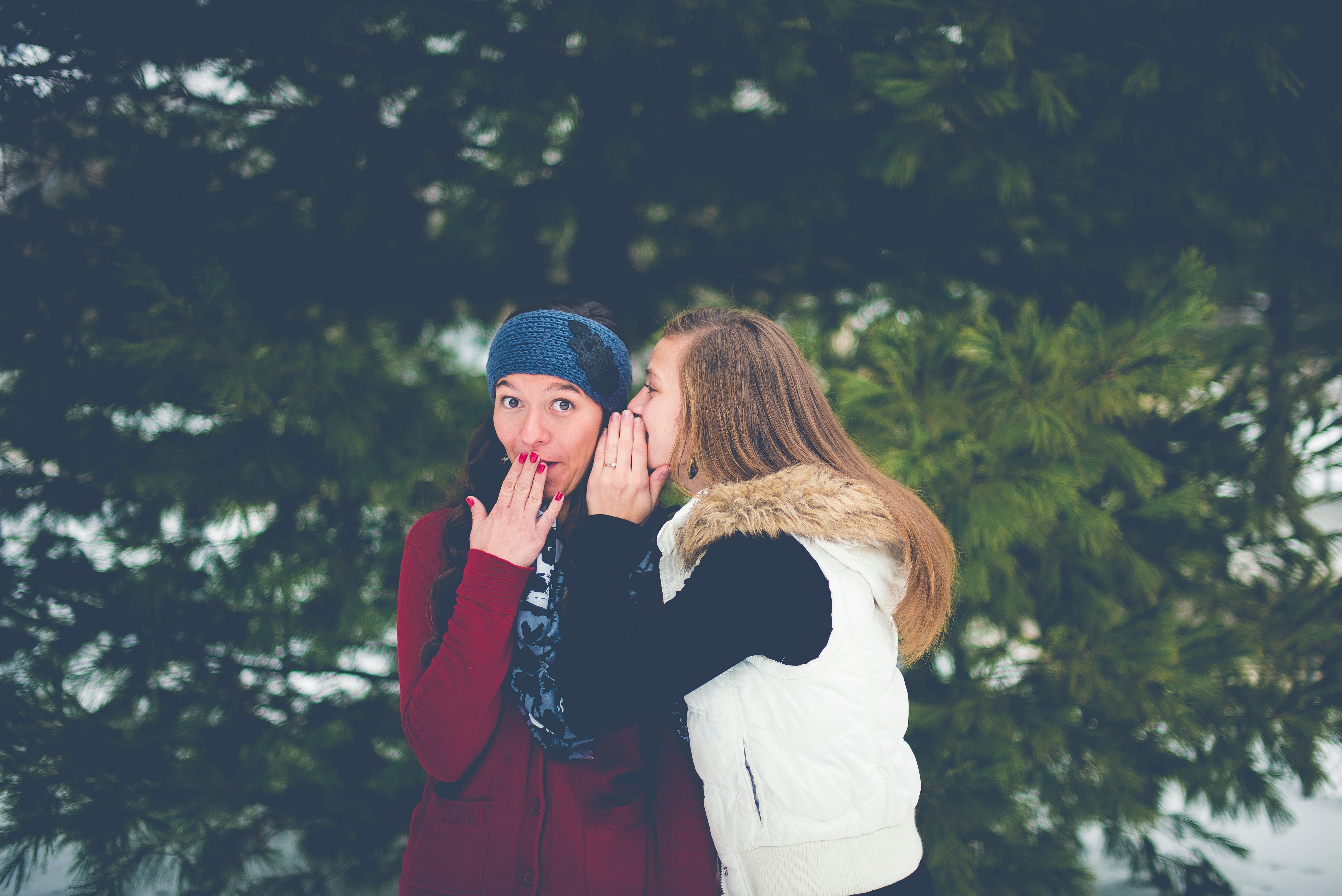 Even in today’s digital age, the cookbook industry is still huge. Major publishing houses hire top-notch designers to work with their bestselling authors. And when you look at the visuals that these designers produce it’s absolutely stunning. Flipping through the books, my eyes and my mouth are always in heaven. So on the surface, it seems like cookbooks are a great example of good design. Big time designers and pretty pictures is a recipe for success right?

Well, if that’s truly the case - that they’re perfect examples of design - then how come every time I go to use one I always find myself frustrated? Even when the recipe is like 5 or 6 steps long I’m lost. What’s going on here? Well, for the longest time, I couldn’t quite put my finger on it. It wasn’t until I was looking over my notes from a book that I previously read that I began to understand.

The book is called 100 Things Every Designer Needs To Know About People. It’s written by Susan M. Weinschenk, a psychologist with a 30-year career in the industry, who, according to her bio, “likes to read research. Lots and lots of research.” What makes Susan so special is that not just that she’s a psychologist, it’s that she’s a psychologist who also likes design. And this is really great for us because she takes all of that research and translates it into little nuggets of information about behavior that can improve the way we should design and innovate. Here are 5 psychologist secrets that I think every innovator needs to understand in order to be successful (including the answer to my cookbook mystery).

When we’re designing a product or a service, we’re always trying to make it as easy as possible. As part of this process, we don’t want there to be too many steps. The more steps, the harder it is. This is why if you’ve ever gotten feedback on a website or app people are always saying “there are too many clicks!” On the surface, this sounds like totally valid feedback. By reducing the number of clicks you reduce the number of steps and thus make it easier. But according to psychology, this isn’t exactly true. Gasp!

The reason is that there are actually three different types of mental loads at play here. There are cognitive loads - recalling and processing current and previous information; visual loads - taking in and processing all of the visual information; and motor loads - moving and taking actions as part of the process. What’s interesting is that these loads aren’t equal. Cognitive loads are by far the most challenging; it’s a lot harder to recall things than it is to process the visuals or move around. Further research has also shown though that visual loads are more difficult than motor loads. This means that just focusing on the number of actions - like total clicks - isn’t the best way to track how difficult something is to do. It might actually be easier to visually process the information if we have more clicks.

A great example of this is TurboTax. If you’ve ever used them to fill out your taxes, you know what I’m talking about. They guide you through the process step by step, click by click, with lots and lots of pages. If you are just trying to minimize the number of clicks, then listing every question on one giant page is probably the best option, but in reality that would feel really overwhelming. By moving you through the process, TurboTax can start simple and focus you on one small chunk of information at a time, thus reducing cognitive load.

So we just got done talking about how important it is to make our innovations as easy to use as possible. No brainer, right? Well, that’s not exactly the case. Think about video games for a second. Game designers work tirelessly to do the exact opposite. They want it to be challenging. And we love it! So much so that we spent $24.5 Billion on video games in 2016.

So why do we love things that are difficult? This has to do with what psychologist Leon Festinger discovered in 1957. He realized that people feel discomfort when they hold two contradictory ideas in their mind. This discomfort causes them to change one of the ideas to maintain an internal consistency. So if you did something challenging, but that task was not worth the effort, that would create a contradiction in your mind. This contradiction causes us internal discomfort and, in order to resolve the contradiction, we decide that the task must have actually been worth the effort we put into it after all. What this means to us innovators is that if we want people to love our products we should build in progressive challenges for them. Just like the best video games, things should start easy and then slowly advance to the next level. Eventually, it will seem really difficult but our users will be even more hooked.

We’ve all been bored or tired and felt our minds start to drift off a little. Perhaps it even happened while reading that last sentence. But how much does this happen? 5% of the time? 10%? 20%? As it turns out, most people think the answer is around 10% but in actuality, the human mind wanders an average of 47% of the time for most tasks, and for some tasks like driving a car on an open road it’s up to 70% of the time!

This is a big deal. When we're designing our latest innovation, we tend to assume we'll have our users' full attention. This is far from the case, however, especially today in a world full of notifications (I’m sure you’ve gotten a few just reading this article). We have to come to terms with the fact that our users will, at most, only be giving us half of their brain power. This means making it absolutely clear to our users where they are in the experience, and emphasize the most important information like crazy. If you want a fun way to test to see if your design works when people aren’t paying attention you can always hire this guy.

In a study by Loftus and Palmer, 100 students were asked to watch a one minute video of a car peacefully driving through the countryside only to end up crashing in the final four seconds. After the video, 50 students were asked to guess how fast the cars were going when they “smashed” into each other. The other 50 students weren’t asked anything. A week later, Loftus and Palmer followed up with them and asked if they had seen any broken glasses after the accident - when there wasn’t any in the video. Of the students that were not immediately questioned afterward, 12% said they saw glass (wrong!). And of the 50 students that were questioned about the cars “smashing into each other” 32% said they saw glass (wrong again!!).

So… what does this mean for us? Well, the idea that our memories aren’t actually that good has the biggest implications for customer feedback. We tend to put feedback from our customers on a pedestal. If one of them talks about a bad experience they had with a particular portion of our product, the easiest thing to do is take their word as gospel. As we now know though, what they say might not actually be exactly what happened. This means we have to be a little skeptical of feedback; especially when we're conducting an interview. The words we use can alter their memories - just like how the word "smashed" altered the students' memories. We should choose our questions wisely, trust what they say, and then try to get more data to verify the truth.

Hungry? I know I am after adding that picture of an amazing looking waffle to this article. Why’s that? Well, after many generations of human evolution and then many more generations of studying those evolutions, we’ve come to a point where humans have developed what some psychologists refer to as three types of brains: the new, the mid, and the old. The new-brain is the logical one. The mid-brain is the emotional one. And finally, the one that made you hungry is the old-brain. It’s the one that’s interested in your survival. It’s the reason why we naturally pay attention to food, faces, loud noises, sex, danger, and movement.

So when we’re designing new things, what should we do with these three brains (aside from putting sexy pictures of food of all over the place)? The first thing we should do is remember that our innovations aren’t good enough if we just solve our users’ problem. Just solving the problem would be good enough for the logical new-brain, but that doesn’t appease the other two. For the mid-brain, we have to make sure that our products connect with people on an emotional level. This means designing our products with a personality that aligns with our brand to elicit emotions.

Finally, we have to make sure our designs work with our old-brain. You can think about the old-brain as one of our ancient ancestors. It’s constantly on the lookout for danger (things that are new, out of place, or moving). And as soon as it finds something suspicious, it’s going to alert the other brains. Material Design, Google’s design framework, is a perfect example of how to use this to our advantage. One of the core tenants of Material Design is that “motion provides meaning.” This concept allows you to beautifully guide the user through the process by using movement to signal a change of context to the old-brain.

[Via Giphy]  Motion moves your attention to the next screen while hinting at the action you might want to take.

Looking back on these 5 psychological secrets, it’s clear how even talented cookbook designers might forget to take these concepts into account.

Understanding human psychology is critical to the success of design and innovation. And yet, it’s a subject that doesn’t get much attention. These 5 secrets are just the start. There’s more we all need to learn about what makes people tick. After all, the more we know about the people we’re trying to help, the more powerful our innovations will be.